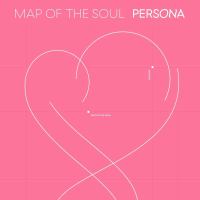 Map of the soul

violet_panda_3931 thinks this title is suitable for All Ages

una0311 thinks this title is suitable for All Ages

RITA_WANG thinks this title is suitable for All Ages

ashy_knees thinks this title is suitable for All Ages

hayden0212 thinks this title is suitable for All Ages

violet_llama_446 thinks this title is suitable for All Ages

BTS music is the really good!! I love BTS and they are really good in my opinion if you are looking for some good music I would definitely recommend this album because it is making me a girl with love :) Thx for reading my comment and I purple you! Have a great day and don't forget to love yourself!

I give this album a four out of five. first there's the intro persona, which is an amazing rapped by RM, although it isn't my favourite song by him I would rather moonchild. Next is Boy With Luv, I find that when bts comes out with a song it is very overplayed and that's whats happened to this song, and I am very upset about that. if Boy with Luv wasn't overplayed it would have been a really good song. Mikrokosmos, and Make it right, it's an amazing song and I love te song for what they are. Home I can listen to this song on replay every day all day, it just gets me ready of r everything and makes me just wanna dance and I love it. Jamais vu ok so at first I was in love with the song because it was slow and I loved it, and then I listened to it with English subtitles, and I cried my eyes out. It is so sad but still love it. The last song of the album is Dionysus, I am obsessed with this song and it is a bop, it makes me just want to headbang, this and Home are my favourites of this album.
@Icecream of the Hamilton Public Library Teen Review Board

Map of the soul: Persona is one of the best BTS albums out there. This album was released in 2019, which features BTS and Two other famous singers, Halsey and Ed Sheeran. Halsey is featured in their song boy with luv with BTS, which is one of their hit songs in this album. Ed sheeran helped produce “make it right”, but sadly he didn’t sing in that song. This album includes 7 songs, which are Intro: Persona, Boy with luv ft. Halsey (there is also a music video to boy with luv, you can check it out on YouTube), Mikrokosmos, Make it right (Ed sheeran helped produce/compose the song), HOME (dedicated towards their fans, and their love and support for the army), Jamais Vu, and Dionysus. My favourite song in this album is Boy with luv, make it right, and Dionysus, but I still love all of them. This album is definitely worth listening to, and I can guarantee that whoever listens to this album will at least like one song for sure.
@bluesky of the Teen Review Board at the Hamilton Public Library

Map of the Soul: Persona is the first in a new album series by BTS. The lead song "Persona" is rapped by leader RM, and is, as well as the entirety of the album based on Carl Jung's book Map of the Souland his philosophy. The lead single, "Boy with Luv" is a collaboration with Halsey and has a more fun and light-hearted feel. "Mikrokosmos" and "HOME" are both dedicated to their loyal fanbase yet express different emotions. "Mikrokosmos" has a more emotional side, personally made memorable by RM's background vocals during his rap, and Jimin's high notes. "HOME" is catchy enough to rival even the title track. To many previous fans, "Make It Right" is the song that sticks out from the rest of the album for having a much different feel and sound, even being parallel to many mainstream pop songs. These assumptions are rightfully made as the song was a collaboration with singer-songwriter Ed Sheeran. "Jamis Vu" is a slower ballad done by Jungkook, Jin, and J-Hope, best saved for rainy days. "Dionysus" takes inspiration from the Greek god and really shows the group experimenting with their sound, being a more loud and rock heavy anthem that I personally enjoyed. Overall, I have nothing but praise and I look forward to the next installment to the Map of the Soul series. 4.5 Stars.
@Ruby_Tuesday of the Teen Review Board at the Hamilton Public Library

Awesome Album!!! It is amazing just like all BTS music!!!!!

There are no notices for this title yet.

There are no quotes for this title yet.

Find it at Library